Thank you for the opportunity to write for Disability Pride Week 2016. This piece was to be written by Mary O’Hagan, but Mary is travelling to an international conference to speak about mental health, as she does, and so I am the trepidatious substitute wandering a path that Mary, and many others, opened for me and for you. 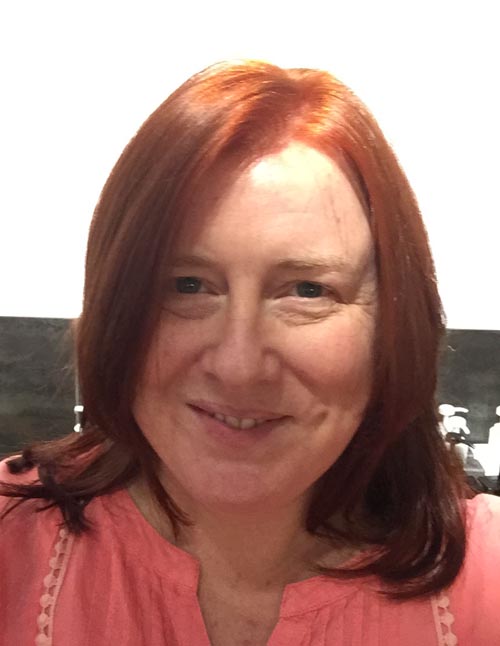 And thanks to the social model of disability and the United Nations Convention on the Rights of Disabled Persons, people with lived experience of mental distress are officially and proudly part of the disability community. The similarities in our experiences are immense.

I was thinking through the Disability Pride Week themes of community, self-determination and dignity when I started reading a Twitter conversation Marama Fox was having about the New Zealand Geographic article called Why wasn’t I told? I strongly encourage reading this article by Kennedy Warne,  not just because it is knowledge we should all have but also because some of the key themes in it are community, self-determination and dignity.

It is living history of incomprehensibly and unjustifiably awful behaviour by the Crown. That opposition Ministers stood up and said as much means that the old excuse of “That’s how they thought back then” cannot be used to wipe the unpleasant truths away.

There is much in Why wasn’t I told? that was new to me and makes me ask myself the title’s question. In particular, I had not read any of the news reports that are quoted: they show the ability of the media to spread bigotry and hatred in a way I have never read before in Aotearoa.

And bringing us back to mental health, it was saddening that the New Zealand media of the time used allusions to, and literal claims of, mental distress to attempt to further damn Te Whiti o Rongomai, Tohu Kākahi and the people of Parihaka in a way even the Crown does not seem to have stooped to.

Prejudiced beliefs about disability and madness

It is a pain-inducing truth that today there remain many, many prejudiced beliefs about disability and about madness, or mental distress, which are taught to us and to our family and friends as we grow up. That they are not based in fact or evidence is not relevant when they have been widely believed for so long. And even today they are not corrected in the public realm.

Since that time, Sir John Kirwan and Mike King have done a magnificent job of opening up conversation space around experiences of depression, anxiety and suicidality. So many people have benefitted from their work and the knowledge they have been part of sharing, and this will undoubtedly continue.

However, people still struggle with certain psychiatric labels. There is a wonderful exercise that can be done with a group where you get them to describe a pilot, then an accountant, then a person who experiences schizophrenia. It makes them question their assumptions, and is an opportunity to explain what a nebulous and highly questioned concept “schizophrenia” is. It also demonstrates very clearly how ingrained widespread negative societal beliefs are.

Like many people, my psychiatric label has changed over time. Given what I now know about the unscientific basis of all the current psychiatric classification systems, I don’t use one unless I’m deliberately making a point, or if I need to due to bureaucratic requirements.

I started out being told my experience was bipolar disorder, which shifted to bipolar disorder with psychosis, which then shifted to schizoaffective disorder. Given what I was taught growing up, those were scary terms to apply to myself. I hadn’t changed though, and a scary term created by a small number of people who hadn’t had the experience was not going to make that happen. Which meant that I had a great deal of unlearning and new learning to do. And it turned out that everything I had been taught was provably wrong.

I had a very strong driver to get into the unlearning: my sense of self. If people don’t have such a driver what will change the hearts and minds of the people who don’t have these experiences? Is it a collective display of Disability Pride and Mad Pride? Is it a Silver Fern and a singer-songwriter doing the work representing people who experience altered states of consciousness? Is it people no longer speaking about us and instead using their platform to amplify our voices? Or is it people finally acknowledging they do not know what is best for us and actually stepping aside and saying, “No, you need to listen to people with lived experience”?

No elected member of our Parliament has ever identified as a person who experiences mental distress. Given that one in five New Zealanders experience some form of mental distress in their lifetime, this is either an extraordinary statistical anomaly or proof of the embedded prejudice and discrimination with which our society as a whole views us. Section 56 of the Electoral Act 1993 indicates it is the latter.

In 2008, our parliamentarians ratified the United Nations Convention on the Rights of Persons with Disabilities without addressing that our legislated mental health system is in absolute breach of these minimum standards. Nothing has been done to address this in the eight subsequent years.

This year our parliamentarians ratified the Optional Protocol so that individuals can take complaints to the Committee on the Rights of Persons with Disabilities (CRPD). You would think a thoughtful and considered approach would have been more cautious. Not our parliamentarians. In November this year an amendment to our principal mental health legislation, The Mental Health (Compulsory Assessment & Treatment) Act (MHCAT), passed its third reading with cross-party support.

The amendment extended the group of mental health workers with coercive powers to include nurses. Putting aside why nurses would want to destroy all trust in their relationships with service users, why did our parliamentarians feel so confident to disregard the human rights of people with lived experience? Why has our media made no comment on this? Why is this traumatizing experience considered okay?

We have never had a Minister for Disability Issues who identifies as a disabled person. We lucked out when Dame Tariana Tūria took the role because if there was ever an effective representative of lived experience of systemic oppression, endless springs of empathy and absolute determination, it is Dame Tariana. I recently heard her speaking of Māori health services, saying that the people know what they want and the people know what they need.

That is true of Māori service users, Pākehā service users and all people who experience mental distress. We know what we want and we know what we need. We want and need major changes to our legislated mental health system. Our system does not meet the Crown’s obligations under the Treaty; it does not meet the minimum standards of CRPD; and it is based on theories that there is a biological or genetic cause to mental distress that have never been proven.

Condemned to inpatient and forensic units

Our parliamentarians have condemned our community to inpatient units and forensic units on possibilities and without any concrete proof of benefit, and despite the fact that all human behaviour is entirely unable to be predicted.

We are the only political prisoners that exist in this country. The lack of utility and the negative impacts of psychiatric drugs, withdrawal from psychiatric drugs and particularly abrupt withdrawal are either unknown or ignored. Our media repeats this lack of knowledge extensively and salaciously, dwelling on every irrelevant detail and framing us all as unpredictable axe-wielding maniacs in the minds of our communities.

We do not need to be coerced or contained. We may need support on occasion, but it is factually and provably useful support that we need such as the Open Dialogue practice developed by psychiatrists and psychologists in Western Lapland.

We may need some time to work through a troubling period and so we need peer respites for there is no one who understands what we are going through in the way our peers do, and they will support us in a way that works.

Peer respites have been operating with great success across the world for decades. We know about what can be put in place because we are a global community that shares ideas and experiences. The rates of people experiencing mental distress continue to rise, our suicide rates continue to escalate, and our expenditure on psychiatric drugs that have little research validity continues to increase because the powers that be refuse to listen to the one group of people who have the answers. Us.

Te Whiti and Tohu saw a truth that applies to all of the disability community, including us mad people. Ruakere Hond observes in the article Why wasn’t I told?: “So they were engaged in a battle of words, thought, concept, ideology, world view—not a physical battle as was interpreted by the government men. Tohu and Te Whiti saw where the real battle lay.”

Kennedy Warne’s conclusion is that these great leaders did and do own the future. Our disability communities can only benefit by respecting and learning from them.

Andrea Bates is the co-founder Wellbeing Wellington, a values-driven organisation that supports the holistic wellbeing of the people of the Wellington region.

+ Text Size -
Do NOT follow this link or you will be banned from the site! Original generation time 2.9113 seconds. Cache Loaded in: 0.0344 seconds.