People generally know me for doing stand up comedy but I don't do it very often. I like creating comedy but I'm just not a people person and don't desire fame. Lately I have been exploring alternative ways of doing comedy. 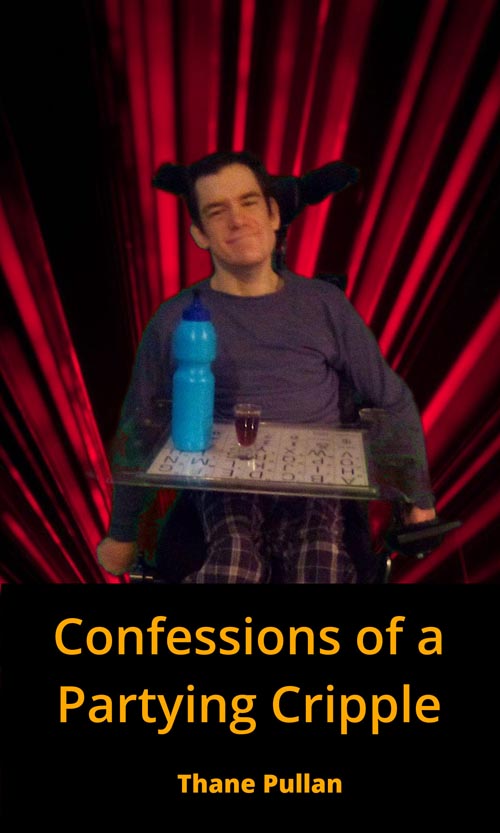 In October 2020 I took part in a Zoom comedy festival based in California. I never expected to be taking part in an international festival this year.

I am not a people person; in fact most of my comedy is complaining about people. I can't see encountering fewer people as a bad thing. I am kind of joking, but kind of not.

Some comedians don't like doing Zoom shows but I didn't mind. It just took two seconds for the laughs to come through but I quickly got the swing of it.

I didn't realize people were typing live comments. I enjoyed reading the chat afterwards, particularly because they were complimentary. I am sure that I would have enjoyed the comments less if they told me I sucked!

If was any other year I would have rather been in Palm Springs but to be honest if it wasn't for global travel restrictions I wouldn't have had the opportunity to do it. Doing Zoom shows is certainly much cheaper.

A business venture I have just started up is designing T shirts and other merchandise. It isn't going terribly well at the moment but it's early days.

I don't like designing T shirts with graphics applications so I am working on ways to programmicly design shirts.

Ultimately I want to create scripted videos. I have decided to focus on animated  videos because I can do everything myself. I don't have to bother getting funding for actors etc.

I don't like operating video editing programs but I think that I have a solution.

I am looking into doing video editing with text. Once I figure that out videos will be a priority. I don't see a reason why it wouldn't be possible.

I have ideas for short videos and dedicated themed channels. I don't know how much I could do. Maybe I can delegate some ideas eventually.

In addition to blogs; I am writing comedic books. I have just released The Confessions of a Partying Cripple. It's an humorous nonfiction book describing my experience partying (clubbing etc.) as a guy in a wheelchair.

I complain a lot about people who annoy me. I also give my opinion on various types of music. It also has my experiences with the accessibility of nightclubs.

I wrote this both because I like releasing music related products and I wanted to do more comedy projects.

I'm also considering releasing fictional comedy books but this could be unwise if I am creating videos simultaneously. It might be worthwhile to just focus on videos. I believe that videos would reach more people.

I have ideas for non comedic fiction books that I will write in my spare time.

You can purchase the Confessions of a Partying Cripple

I did some stand up comedy recently. I do comedy very occasionally and every time I conclude I am much happier being a anti social nerd just working online. I am going to just focus on designing merchandise and eventually creating videos from now on.